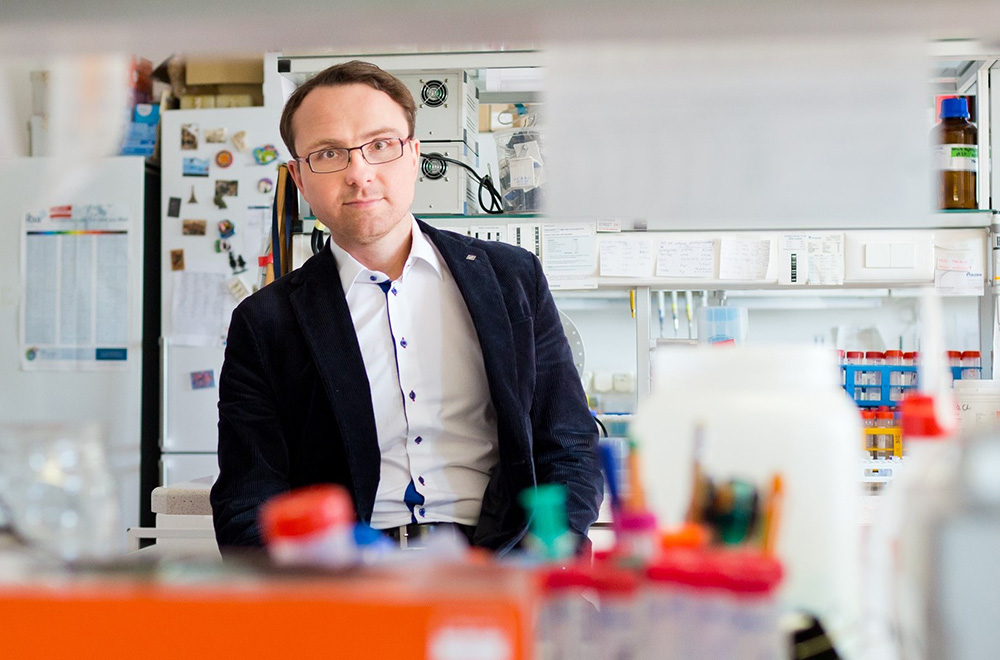 The Young Academy of Europe (YAE) is a pan-European, grassroots initiative of a group of top young European researchers for networking, scientific exchange and science policy. The André Mischke Young Academy of Europe Prize for Science and Policy is awarded every year to young researchers in recognition of their outstanding achievements and contribution to key areas of YAE, including supporting science, shaping evidence-based policy, and scientific communication.

"I am deeply honored, happy and proud" – Prof. Janusz Bujnicki wrote on Facebook. "This award is a very important proof that my efforts on the border of science and public policy (both in Poland and in the European Union) matter, and that they are recognized internationally as important for both the society and the scientific community" - he wrote.

"My colleagues sometimes tell me that I`m distracted by these unimportant things, that I should stay in the lab and do only research, day and night. Maybe it`s the best way for them. But I would like to encourage researchers (especially at the beginning and in the middle of their careers) to try to get a broader perspective (...) to leave the lab sometimes and check if they could use their scientific insight in other important areas of human activity. Try to do something for the society. Scientific advice on policy making is just one option, there are many others. You could be surprised what you can learn – and by the effects!" – he wrote.

He also thanked Dr. Anna Ajduk and the Polish Young Academy (Polish Academy of Sciences) for the nomination for the award. "This was the Academy`s initiative" – he emphasized.

Janusz M. Bujnicki (born 1975) is a professor of biological sciences and head of the research group at the International Institute of Molecular and Cell Biology in Warsaw and at the Adam Mickiewicz University in Poznań. He is a corresponding member of the Polish Academy of Sciences. In his research, he combines bioinformatics, structural biology and synthetic biology. His achievements include the development of computer methods for modelling spatial structures of proteins and RNA, the discovery and characterization of new enzymes involved in RNA metabolism, and the design and creation of proteins with new properties.

He is the author of many widely cited publications. In 2009, he won the prestigious ERC Starting Grant, and two years later - the ERC Proof of Concept grant. He received many scholarships, distinctions and awards for scientific achievements, including the National Science Centre Award, the Minister of Science and Higher Education Award and the Prime Minister`s Award. In 2013, he won the national poll "Poles with verve" in the Science category. In 2014, President Bronisław Komorowski awarded him with the Knight`s Cross of the Order of Polonia Restituta. He actively participates in the work of various organizations and scientific bodies, including the Polish Young Academy, the Citizens of Science movement. He is also a member of the Group of Chief Scientific Advisors of the European Commission.

In 2019, the prize awarded to Prof. Bujnicki was renamed the "André Mischke Young Academy of Europe Prize for Science and Policy" in honor of the late Founding Chair and the Chair of the YAE Advisory Council, André Mischke. (PAP)