The Territorial Branches of the Polish Academy of Sciences integrate the research community within a given region of Poland and also act on the Academy’s behalf in contacts with the bodies of state administration, local government, and NGOs there.Each Branch is composed of the national members of the Academy who reside within the given region.The most recent addition is the Branch in Olsztyn and Białystok (headquartered in Olsztyn), created in 2015. 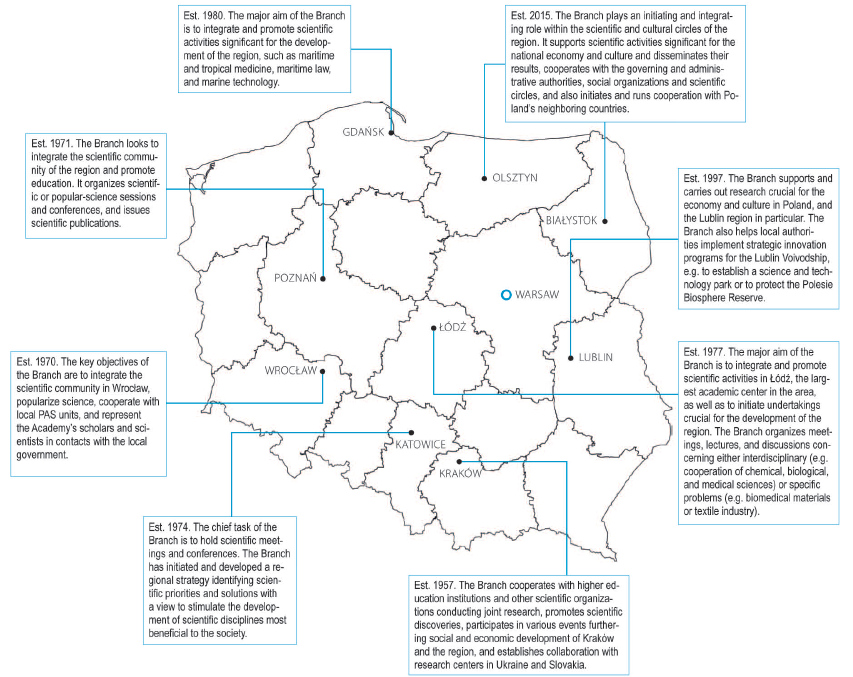