Results confirm new population of black holes. A third detection of gravitational waves, ripples in space and time, has been made. As was the case with the first two detections, the waves were generated when two black holes merged to form a larger black hole. The new-found black hole, located about 3 billion light-years away (twice as far away than the two previously discovered systems), has a mass of about 49 times that of our Sun, an intermediate value between those previously detected in 2015 (62 and 21 solar masses for the first and second detection, respectively).

Research conducted at PAS Institute of Experimental Biology raises hopes for effective treatment of epilepsy. Scientists analyze the ability of MMP-9 inhibitors to prevent enzymes from breaking down the protein which connects neurons. The substances which can cross the blood-brain barrier and best inhibit the disease will be tested as potential therapeutics.

New evidence has been found that reducing ambient temperature may contribute to body weight reduction. Staying in chilly environment alters intestinal bacterial flora in a way which might help fighting overweight. This is the conclusion of experiments on mice carried out by PAS Institute of Animal Reproduction and Food Research together with a Swedish research partner.

Blazars are active galaxies centered around supermassive black holes. They generate strong electromagnetic radiation in a very wide spectrum – from visible light to radio, infrared, ultraviolet, X-ray, and gamma radiation. All those kinds of radiation are studied by Dr. Alicja Wierzcholska (PAS Institute of Nuclear Physics), winner of START competition organized by the Foundation for Polish Science.

Without detailed knowledge of the properties of the materials we use today's technology could neither function nor develop. A new description of electron scattering in the surface layers of samples proposed by the Institute of Physical Chemistry of the Polish Academy of Sciences in Warsaw significantly speeds up materials analysis and enables a better understanding of what can really be seen in a sample. 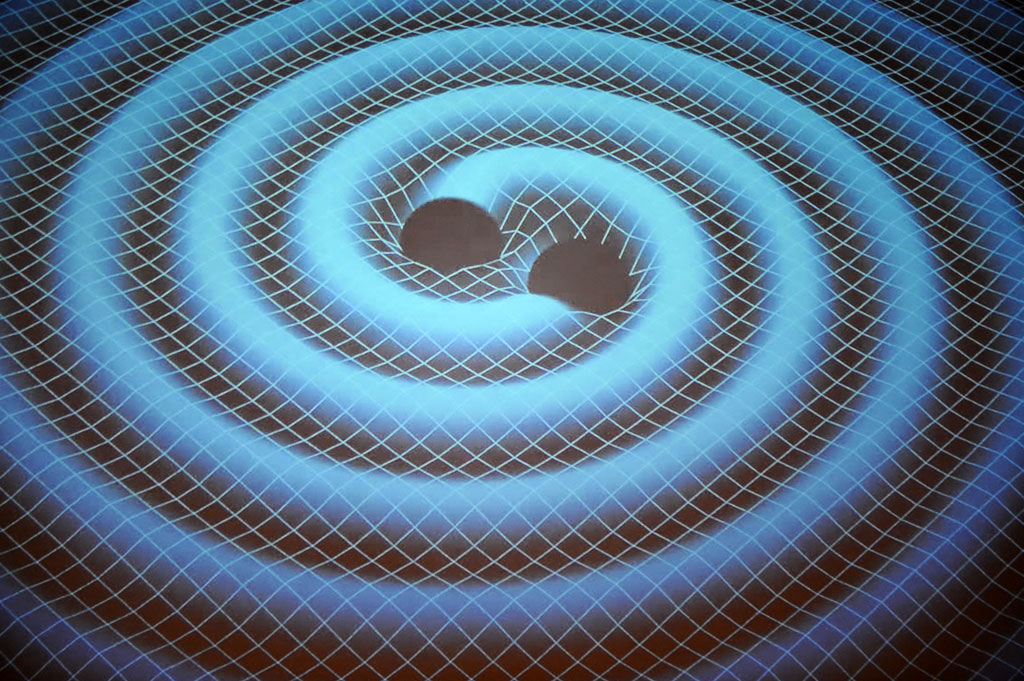 On December 26, 2015 at 03:38:53 UTC, scientists observed gravitational waves—ripples in the fabric of spacetime—for the second time. 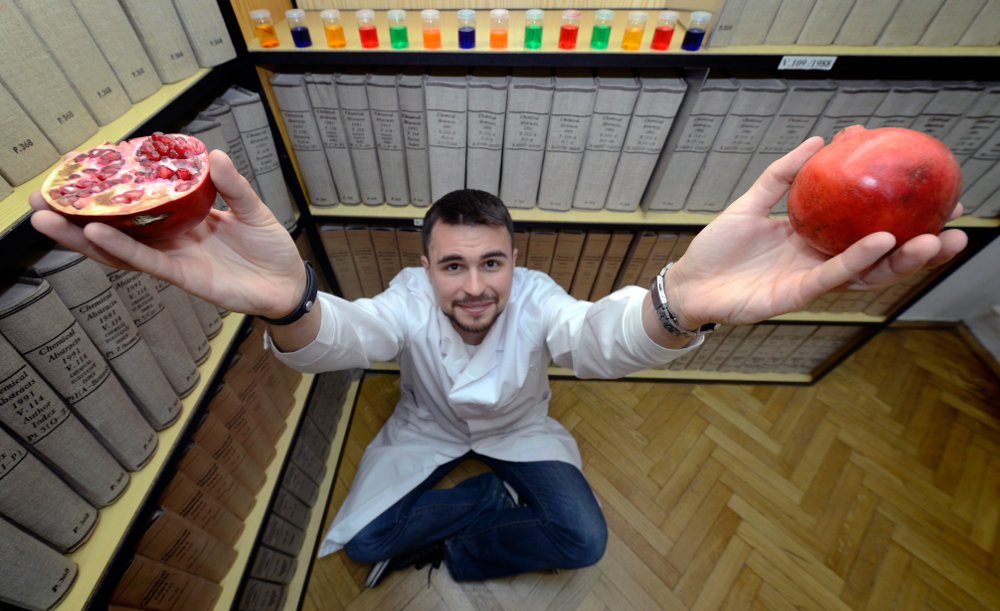 A single drop with the volume of a millionth of a litre is really not very large and certainly does not look like something you can do a lot with. However, a simple device, constructed at the Institute of Physical Chemistry of the Polish Academy of Sciences in Warsaw, can split the microdroplet into a collection of equally-sized nanodroplets. 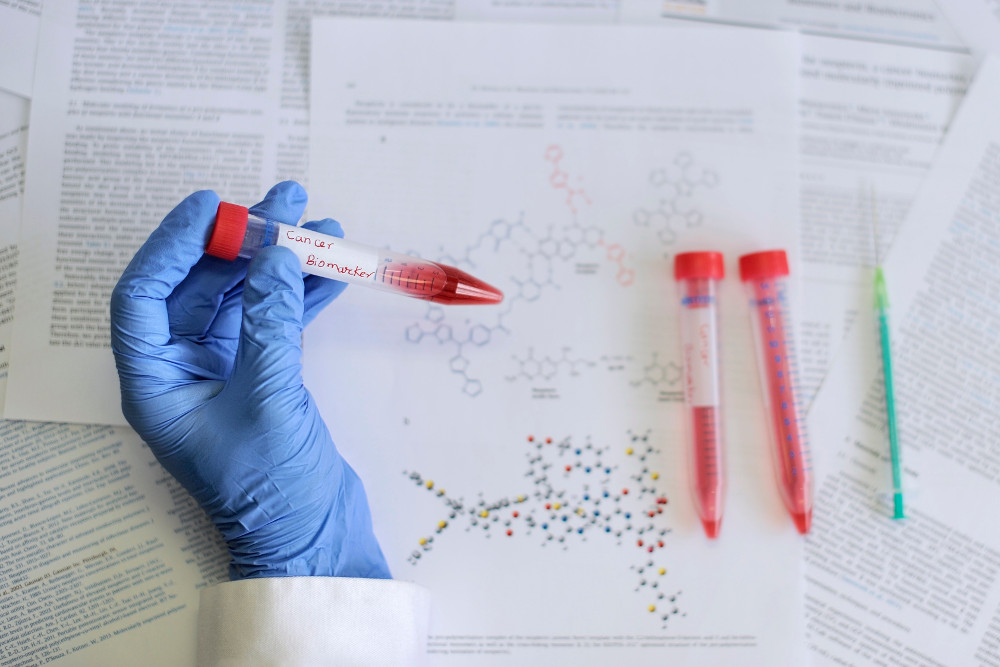 Many cancers could be successfully treated if the patient consulted the doctor sufficiently early. But how can a developing cancer be detected if it doesn't give rise to any symptoms? In the near future, suitably early diagnosis could be provided by simple and cheap chemical sensors – thanks to special recognizing polymer films developed at the Institute of Physical Chemistry of the Polish Academy of Sciences in Warsaw. 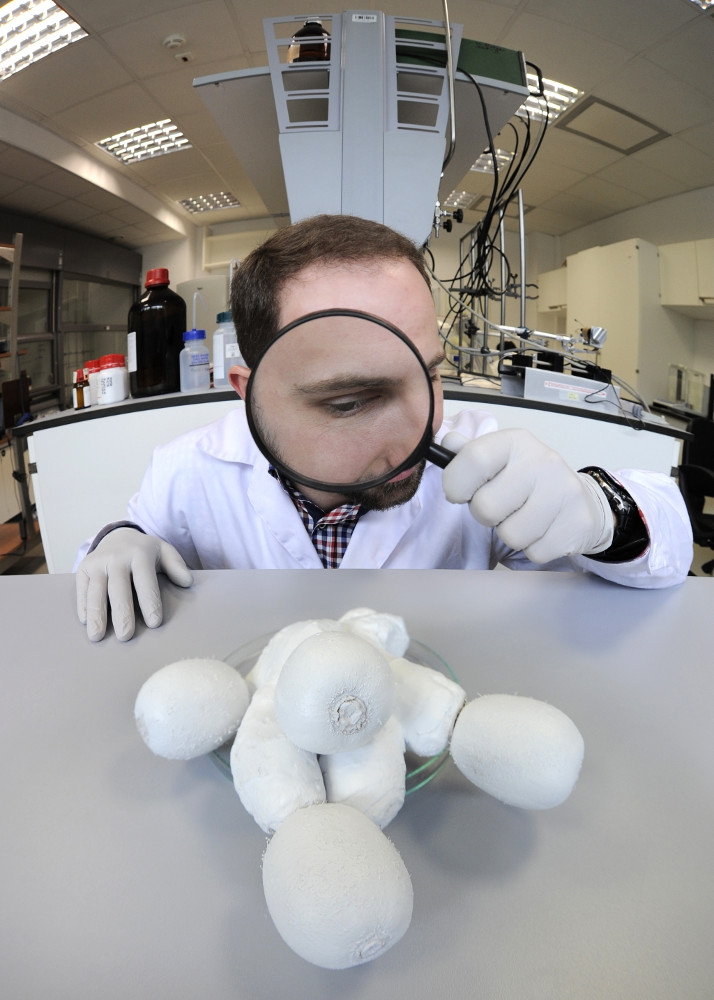 Fungal infections are a serious problem in modern health care. A critical factor in their successful treatment is time: the faster they are detected, the more effectively dangerous infections can be prevented. At the Institute of Physical Chemistry of the Polish Academy of Sciences in Warsaw a chemical sensor has been devised enabling the detection time of fungi to be shortened from the current couple of days to just a few minutes. 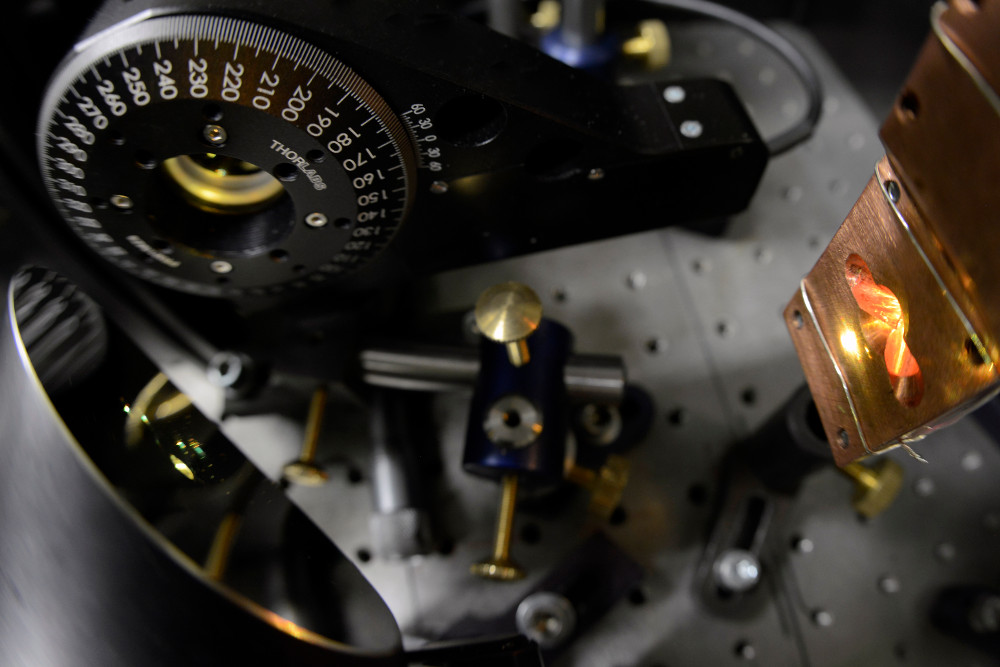 Objects of the quantum world are of a concealed and cold-blooded nature: they usually behave in a quantum manner only when they are significantly cooled and isolated from the environment. Experiments carried out by chemists and physicists from Warsaw have destroyed this simple picture. It turns out that not only does one of the most interesting quantum effects occur at room temperature and higher, but it plays a dominant role in the course of chemical reactions in solutions! 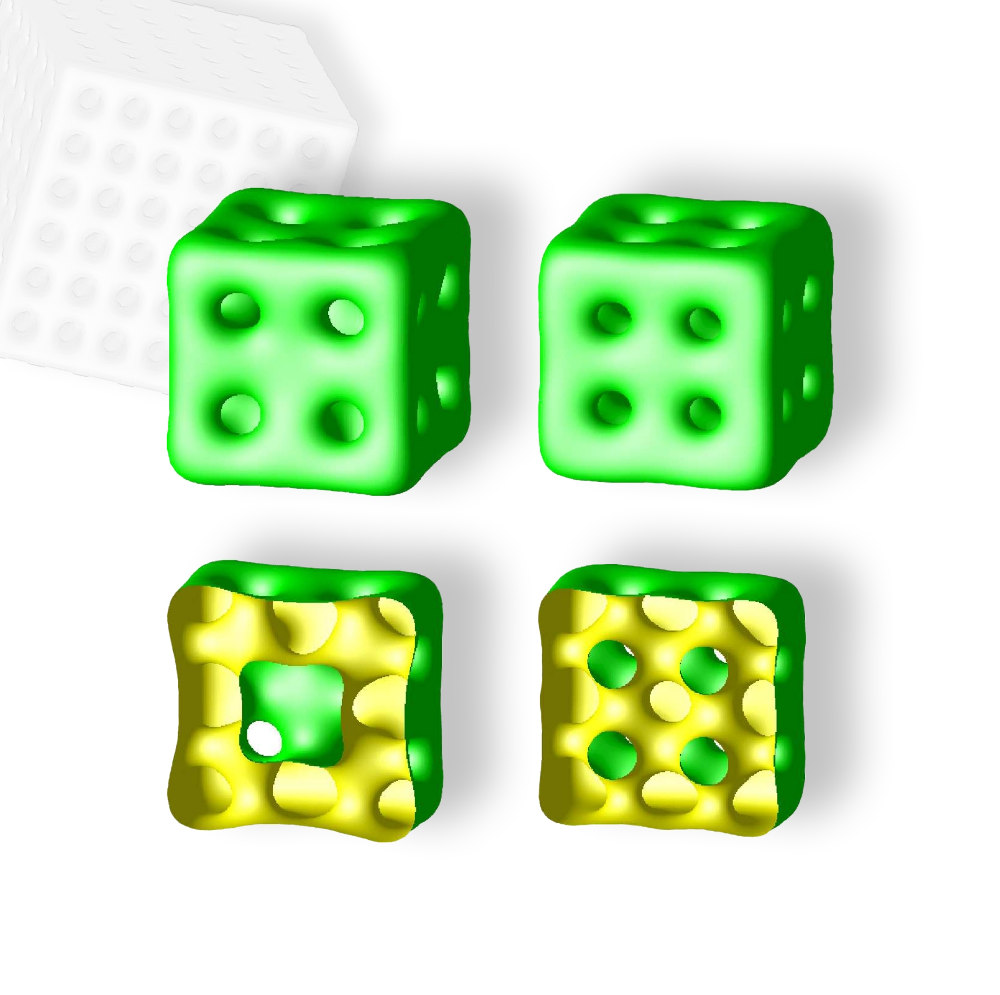 Under certain conditions appropriately selected particles can form closed surfaces in liquids with surprisingly complex shapes, cutting through space by a regular network of channels. So far, we have looked at cubosomes – for this is what these spectacular three-dimensional nanostructures are called – only from the outside. Advanced theoretical modelling carried out at the Institute of Physical Chemistry of the Polish Academy of Sciences in Warsaw has allowed us to look into their interior for the first time. 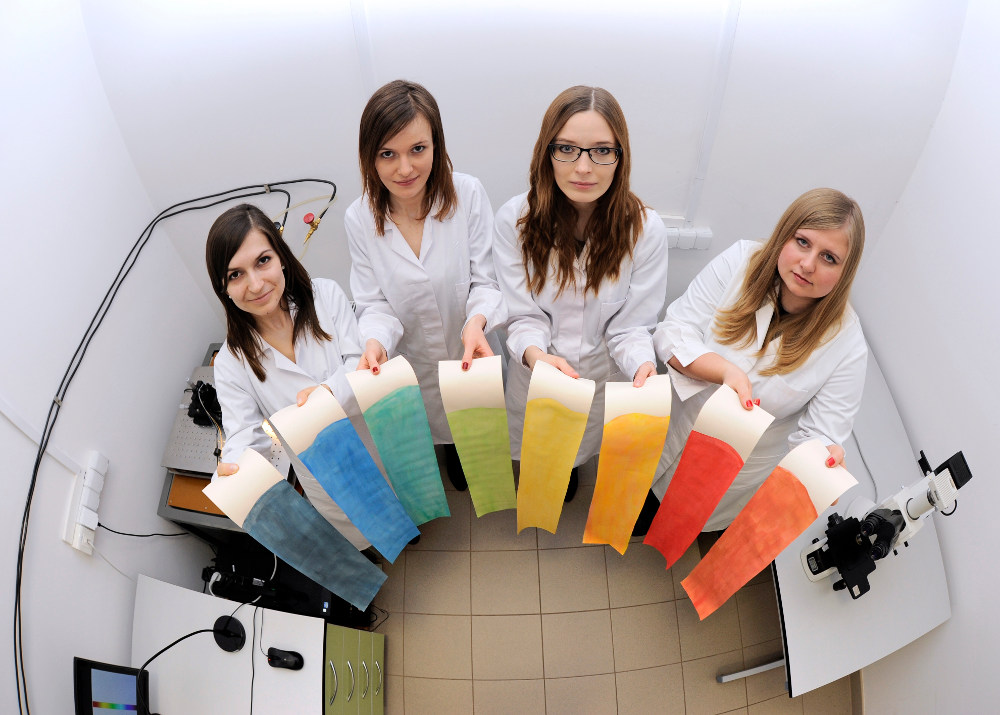 Acid or alkali? Perhaps the solution is neutral? Usually, measuring pH is not a problem. However, how can we examine changes in acidity or alkalinity occurring at the nanoscale, for example just at a surface showing the very first signs of pitting corrosion? A novel method of pH measurement at the nanoscale has just been presented by scientists from the Institute of Physical Chemistry of the Polish Academy of Sciences in Warsaw. 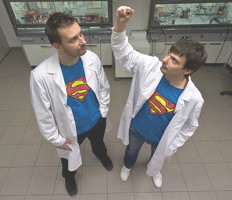 Theoretical chemists from the Institute of Physical Chemistry of the Polish Academy of Sciences have found how to synthesize the first binary compound of krypton and oxygen: a krypton oxide. It turns out that this exotic substance can be produced under extremely high pressure, and its production is quite within the capabilities of today's laboratories.