Material light and resistant as plastic, fully biodegradable but made of rubbish. Researchers from the Institute of Physical Chemistry of the Polish Academy of Sciences (IPC PAS) are working on an ecological and cheap method of obtaining organic monomers.

Plastic now pollutes every corner of the world. We will find him in the depths of the Mariana Trench and on and around Mount Everest, and it will be decomposed for several hundred years. This is a huge problem for the environment and our planet.

"We want it to be possible to replace PETs with something that decomposes in a few months or at most a few years" – explains Prof. Juan Carlos Colmenares from the IPC PAS. His team is currently working on a fully biodegradable material. Researchers managed to develop a new method of producing so-called DFF (2,5-diformyl furfural). The results of the study were published in the journal Applied Catalysis B: Environmental. 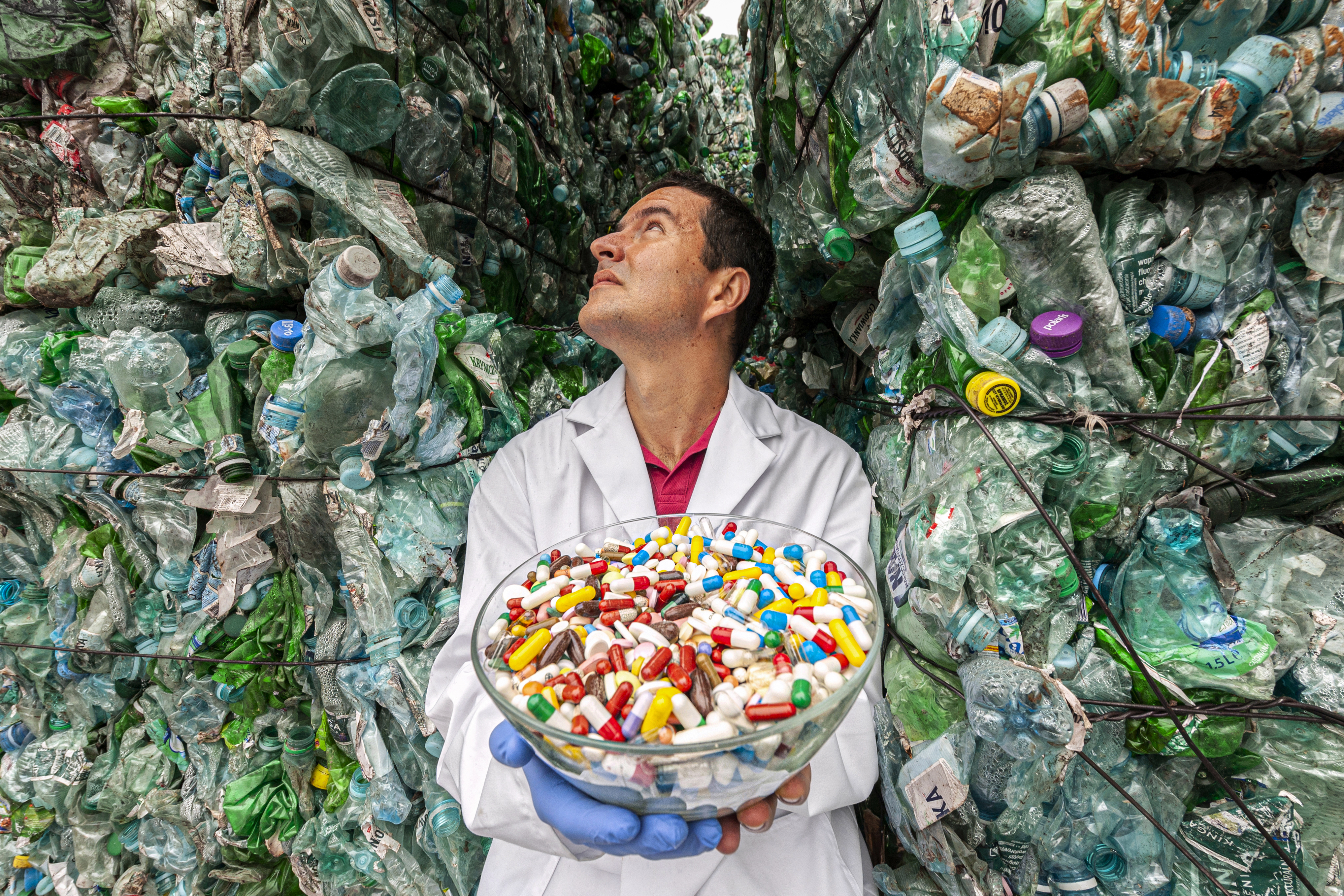 The DFF can be used to produce medicines and plastic

What is DFF?
DFF is a chemical compound already used in many industries. It is used for the production of medicines, cosmetics, perfumes, fuels and environmentally friendly materials.

Until now, complicated technology and relatively high temperatures (in the range between 100-150 degrees C) were needed to produce DFF. This meant that the material – although ecological – could not compete with plastic.

Professor Juan Carlos Colmenares reminds that there were already tests of polymers made on the basis of DFF. "They break down into sugar-like monomers. And sugars are a tasty treat for many microorganisms. Even if a bottle of such plastic is thrown into the forest, it will decompose much faster than conventional polymers, after a few years at the latest" – explains the expert.

A novelty is the method of obtaining DFF. Researchers have created this compound based on HMF (hydroxymethylfurfural). It is a material that is obtained on an industrial scale from products such as cellulose, lignin or inulin (often waste from the paper industry).

Scientists constructed a photoreactor – a box in which a chemical reaction occurs under the influence of light. For now, LED lamps are used in it, but ultimately the energy is to be provided by the sun.

The heart of the reaction is the catalyst, which are manganese dioxide nanowires. "They are long and very, very thin, and their structure increases the absorption of light. (...) Virtually the whole HMF changes into DFF " – says Prof. Colmenares.

The researcher assures that the method of producing DFF from HMF is waste-free. He explains that oxygen from air is enough to obtain the pure monomer needed for the production of linear polymers and e.g. bottles. Even the nanorods can be re-used many times as photocatalysts, because the DFF does not destroy them. The reaction can take place at room temperature and atmospheric pressure. “At present we are restricted by the capacity of the reactor, but when we change it to a flow reactor, we will be able to increase production greatly. And, of course, obtain a patent” - noted the scientist of the IPC PAS. 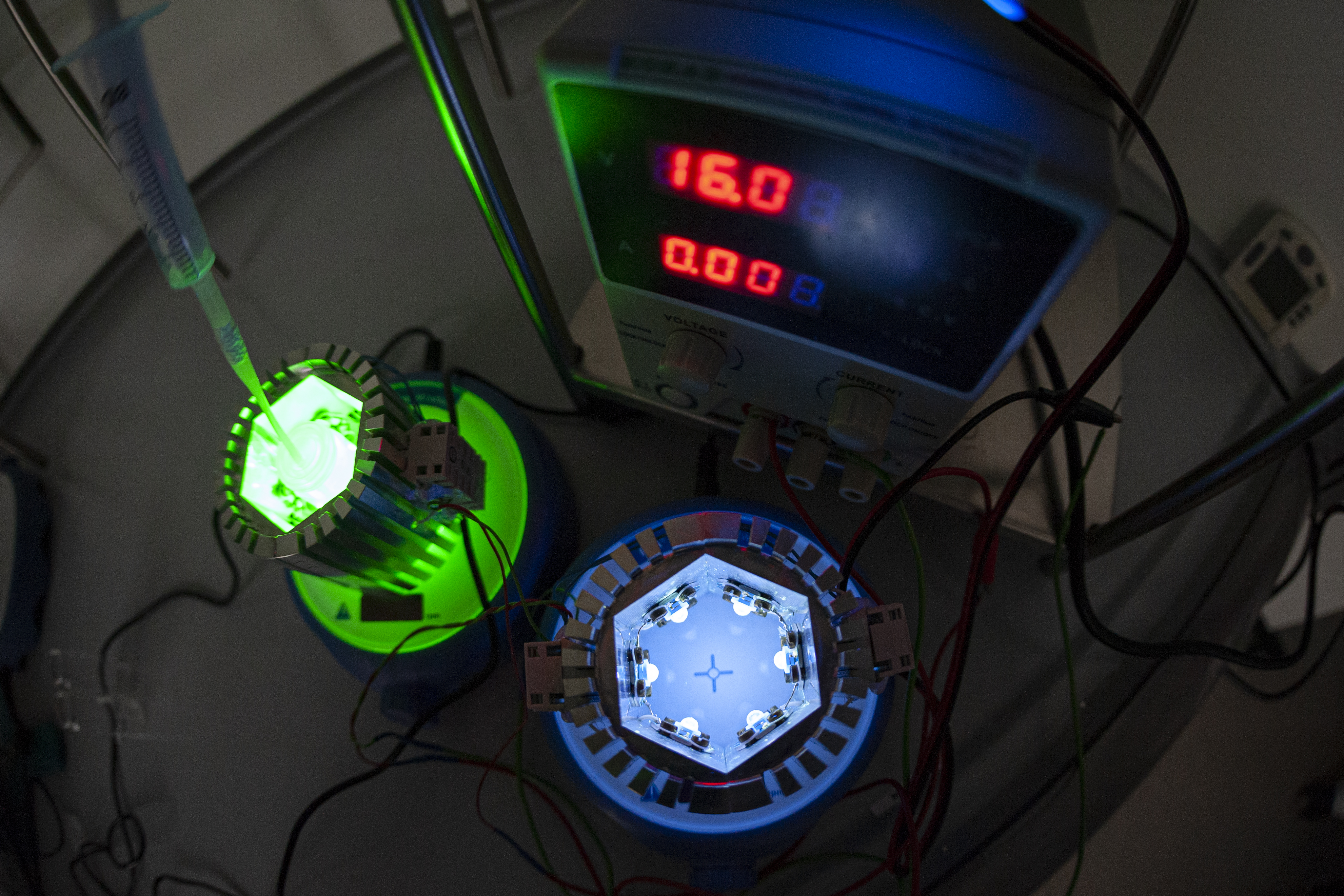 This is how the photoreactor developed by scientists looks like

And won't such biodegradable plastic break down too quickly? For example, before we can drink the juice from the bottle? Professor Juan Carlos Colmenares notes that it takes several years to decompose such material. He also argues that the polymer is harmless to humans and it would simply be degraded by our intestinal bacteria and their enzymes.