Since clearcutting was completely banned in the Tuchola Pinewoods (in the 18th century) and pine monoculture was introduced, the forest is more susceptible to disturbances such as: insect outbreaks, fires or windstorms – report scientists from the Institute of Geography and Spatial Organization of the Polish Academy of Sciences. 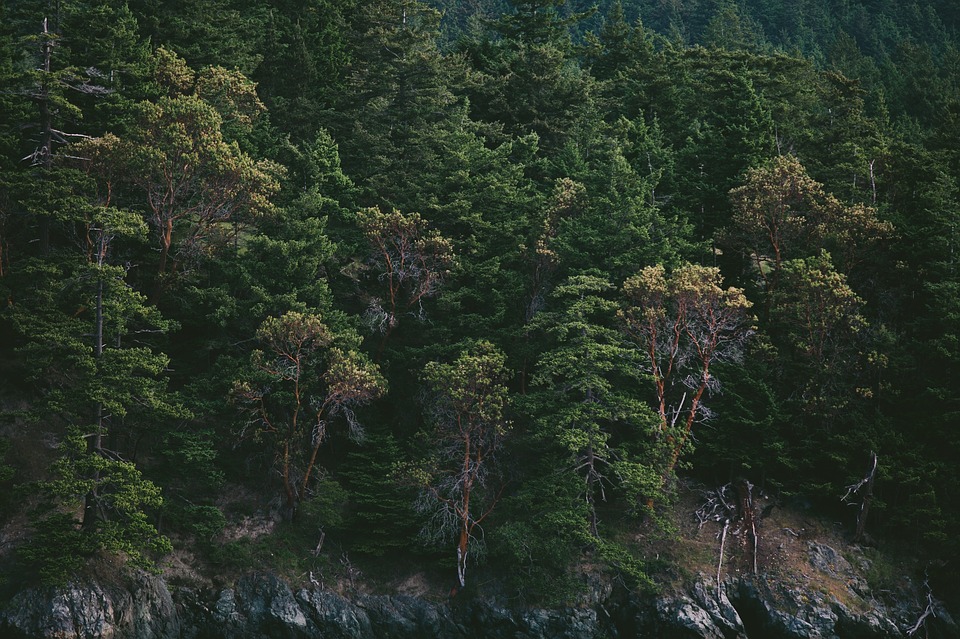 The team of Dr. Michał Słowiński showed how the change in the management of the Tuchola Pinewoods – the transformation from mixed forests to pine monoculture – has influenced the increase in the occurrence of disturbances in these ecosystems.

Research shows that in the last 200 years more fires, more forest losses caused by large scale windstorms and greater susceptibility to pest attacks have been observed in the Tuchola Pinewoods, comparing to times when forest was not managed by man. The results of the study were published in the "Journal of Environmental Management".

Dr. Michał Słowiński from the PAS Institute of Geography and Spatial Organization points out that in 2012, a windstorm passed through the Tuchola Pinewoods. The tornado destroyed 500 hectares of forest, its path was over 9 km long and 300-400 m wide. 142 thousand cubic meters of wood was removed from forest. New trees were planted where the old ones were removed. In 2017, another storm passed through the forest, and losses in wood were estimated at approximately 7 million cubic meters. The logging of windfall trees continues to this day in this area. Researchers decided to check if there had been similar disasters in the Tuchola Pinewoods before.

To find an answer researchers not only conducted paleoecological investigation but also studied  historical documentation and cartographic materials. This is how they got to the bottom of Czechowskie Lake (located in the northern part of the Tuchola Pinewoods) and collected sediment cores from it. "This is a unique lake" – says the researcher – “as there are annually laminated lake sediments at its bottom." As he explains, these sediments can be compared to tree rings in which the past is recorded in annual resolution. Every year new sediments are deposited at the bottom of the lake. Very thin and bright-coloured layers stand for spring/summer while dark layers for autumn/winter. Studying lake and peat sediments (i.e. analyses of pollen, charcoal, diatoms, amoebae or Cladocera) researchers get information regarding the state of the environment in particular historical periods. For example, pollen grains produced by plants that fall into the bottom of a lake in a given season indicate what the vegetation looked like in this area. "That way, lakes make excellent sedimentary archives" – noted Dr. Słowiński.

In their research, the researchers analysed hundreds of years of the history of environmental changes in the Tuchola Pinewoods area. Interesting changes in the structure of vegetation can be noticed at the end of the 18th century. Historical data shows that after the first partition of Poland in 1772, Prussian administration began to introduce large-scale transformations in the Tuchola Pinewoods. The complete clearcutting of natural forest and pine monocultures on its place were introduced.

This has been confirmed by the study of the lake sediments. Previously, in the studied area, the proportion of pine trees in a mixed forest was 30-40%. Suddenly, as a result of human activity, this share increased to 60-70% within a decade. This was done at the expense of deciduous trees, such as hornbeam, lime and beech.

The scientist says that since the pine monoculture was introduced in the Tuchola Pinewoods, the share of charcoals in the analysed samples has increased. "When the forest is burning, fragments of burnt wood are carried by the wind and reach the nearby lakes and peat bogs. Number of charcoals in samples from collected cores tells us about the fires intensity" – he explains.

Dr. Słowiński explains that the paleoecological data showed that mixed forest with more diverse species composition, before monoculture was introduced, was more resistant and less exposed to fires than the planted one. He adds that the growing incidence of wildfires is also related to land transformations, among other things, land reclamation that has taken place over the last 200 years. The risk of fires is also related to observed climate changes, associated with a change in the structure of precipitation and a higher risk of drought.

"Tinder-dry forest just waiting for a spark" – comments the scientist.

Giving an example he quotes some facts. During single year, 1992, three large fires took place (in the Noteć Forest, Bory Dolnośląskie and near Rudy Raciborskie). Those fires burned nearly 20,000 ha of forests.

Dr. Słowiński adds that a low-diversity forest is also less resistant to other disorders, such as pest attack and insect gradation. A good example of this is the Tuchola Pinewoods, which witnessed several insect outbreaks (Panolis flammea and Lymantria monacha) in the 20th century. The most severe was insect gradation from the 1920s. The losses caused by the insects were so huge that a decision was made to cut down huge areas of the forest. In their place the pine forest (even-aged monoculture) was planted again. And thus even more exposed to further disorders.

Gale is another risk factor for monocultures. As Dr. Słowiński explains pine trees belong to species that can withstand wind damage. This is related to the structure of the wood and the root system of these trees, and the evidence can be found, for example, in forests by the sea, where bent and low pines are able to resist storms. However, if all the trees are planted at one time, instead of being resistant to wind, they compete for sunlight putting their energy towards growing tall and thin, so as not to stay in the shadow of their neighbours. Therefore, one windstorm, as in 2017, is able to break several hundred hectares of such a pine forest.

Dr. Słowiński concludes that the history of the Tuchola Pinewoods gives different lessons when it comes to forest management. "We can learn from mistakes" – he comments. Meanwhile – as the researcher adds – pine trees are again planted in place storm-damaged forest.

The researcher points out that even in the planted forests, intensively managed for production purposes, it is worth thinking in the long term, especially if we want to shape a forest ecosystem and its functions. Paleoecological research shows that maintaining greater biodiversity in forests (even semi-natural forests) may also bring higher economic profits from the forest. "Diversity is associated with the resilience of the ecosystem, and forest with more diverse species composition is healthier and more resistant to disorders" – sums up the scientist.