PhD student of The Nencki Institute, Ryszard Cetnarski, from Laboratory of Neurobiology of Vision lead by Prof. Wioletta Waleszczyk, is a co-author of the paper entitled: "Precursors of logical reasoning in preverbal  human infants", published in Science magazine. 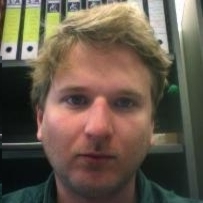 Authors investigated the process of elimination, which is a cognitive ability allowing to draw conclusion by trimming the space of competing hypotheses (e.g., “I have left my phone either at home or in the lab; it is nowhere in the lab; therefore, it has to be at home”). They showed, that preverbal infants do employ the process of elimination, which is evidence of possessing fundamental logical structures. This finding opposes a theory, that logical reasoning is a learned ability, achieved via linguistic development. On the contrary, it suggests that logical structures are an innate form of interaction with the environment, that is independent of language.

Despite many studies concerning logical structures in infants and adults, very little is known about their origin. According to Jean Piaget Piaget, logical reasoning is the peak of cognitive development ,achieved around the age of 11 years. In contrast, Jerry Fodor proposes, that basic cognitive abilities, like logical reasoning, are necessary for the development and thus cannot be learned. These theories represent two opposing sides in the "nature versus nurture" debate, which focusses on the development of the human mind. Using occulometric data, authors have shown that preverbal infants, at 12 months of age, react with increased attention and surprise to events which do not conform to logical expectations. These findings suggest that logical reasoning is an innate ability that plays a role in the process of learning and development.