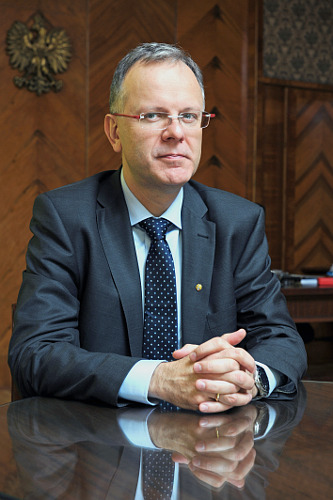 Vice-President of the Polish Academy of Sciences
Prof. Paweł Rowiński

Paweł M. ROWIŃSKI is Professor in Earth Sciences, granted in 2009 by the President of Poland and the Corresponding Member of the Polish Academy of Sciences. Since May 2015 Vice President of the Polish Academy of Sciences. From 2008 to May 2015 was the CEO of the Institute of Geophysics, Polish Academy of Sciences. In years 2004 – 2008 he was the Research Director of that Institute. Until May 2015 he was also the chairman of the Board of Directors of Earth and Planetary Research Centre (GeoPlanet) and the chair of the council of provosts at Division III: Mathematics, Physics, Chemistry and Earth Sciences of the Polish Academy of Sciences. He studied applied mathematics at the University of Warsaw and earned the M.S. degree in mathematics in 1988 and after that he devoted all his further career to Earth Sciences. He received the Ph.D. degree in Earth Sciences in 1995 and his Habilitation in 2003 from the Institute of Geophysics, Polish Academy of Sciences. From 1991 to 1992 he was a visiting scholar (Soros Fellow) at the State University of New York at Stony Brook. He was also a trainee of Central European University in Budapest, National Center for Ecological Analysis and Synthesis, University of California, Santa Barbara, USA; University of Minnesota, Minneapolis, USA and Institut für Gewässerökologie und Binnenfischerei im Forschungsverbund in Berlin. His research interests and contributions are in mathematical modelling of hydrological processes, fluvial hydraulics, river turbulence, pollution and sediment transport in rivers, two-phase flows, chaotic dynamics, water balance in a catchment, adaptive environmental assessment and management. He has over 130 scientific publications and numerous presentations to his credit. He has been a co-author and co-editor of 15 scientific volumes. He has been the leader and coordinator of numerous international and national projects (among them financed by EU, US- AID in the Framework of US-Poland Technology Transfer Project; by the Sendzimir Foundation and Polish Ministry of Science and Higher Education). He was awarded a number of recognised prizes, among them the Award of the Prime Minister of Poland for outstanding Ph.D. Dissertation and later for outstanding Habilitation dissertation, Stipend of the Foundation for Polish Science for outstanding young scientists, scholarship of the Central European University. In 2015 he received the “Bene merito” honorary distinction awarded by the Minister of Foreign Affairs which is conferred upon the citizens of the Republic of Poland and foreign nationals in recognition of their merits in promoting Poland abroad. He was an Associate Editor of Hydrological Sciences Journal (IAHS Press, Wallingford, UK) and currently is the Editor in Chief of Monographic Series: Geoplanet: Earth and Planetary Sciences, Springer Verlag and Associate Editor of Springer Briefs in Earth Sciences. He is also a member of numerous professional international and national bodies and among them he is an elected member of Leadership Team of the International Association for Hydro-Environment Engineering and Research IAHR - Europe Regional Division, elected member of the Scientific Society of Warsaw, member of the Council for the Promotion of the Public Understanding of Science and Committee of Geophysics of the Polish Academy of Sciences. He is also a member of scientific councils of five research institutions. He has been an organizer and participant of numerous symposia and workshops; starting from 2005 he has been the chairman of the International School of Hydraulics run under the auspices of IAHR (already its six editions). 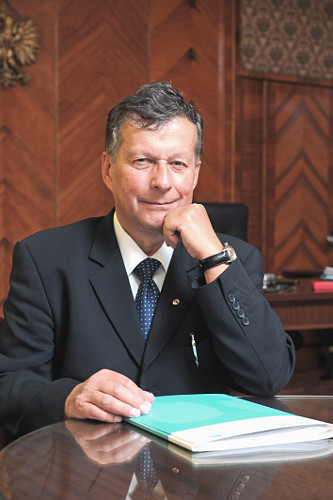 Graduated from the Medical Faculty of Lublin Medical University in 1975

Head of Department of Pathophysiology (Lublin Medical University) and Department of Physiopathology (Institute of Rural Medicine in Lublin). Corresponding member of the Polish Academy of Arts and Sciences (Cracow) since 2012 and Polish Academy of Science (Warsaw) since 2013. Member of the Editorial Board of Pharmacology Biochemistry and Behavior (Elsevier) since 1998 and Associate Editor of Neurochemical Research (Springer) since 2015. Past President of the Polish Pharmacological Society.

His research is focused on the interactions between antiepileptic drugs for the search of the rational drug combinations for the treatment of drug-resistant epilepsy. He is also involved in studies concerning the effects of ligands affecting various neurotransmitter systems upon the anticonvulsant and neurotoxic activities of antiepileptic drugs.

He is an author/co-author of 376 scientific papers (according to PubMed) which so far have been cited 7562 times. His H index is 42 (citations and H index according to Web of Science).

He was a chairmen of the Scientific Committee of the International Congress of the Polish Pharmacological Society (held in 2010 in Krynica) and is a main organizer of the yearly Lublin conferences “Progress in Research on Epilepsy and Antiepileptic Drugs”. In 2008, he was awarded a prestigious professor grant “Master” by the Polish Science Foundation.

Up till present, under his supervision 40 persons received their doctor’s degrees. Four of them were habilitated and two were awarded professorships. In the Department of Pathophysiology, there are, apart from him, 3 professors and 2 habilitated scientists. 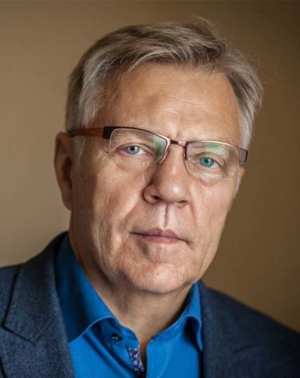 Prof. Stanisław Filipowicz
Vice-President of the Polish Academy of Sciences

Prof. Roman Słowiński
Vice-President of the Polish Academy of Sciences 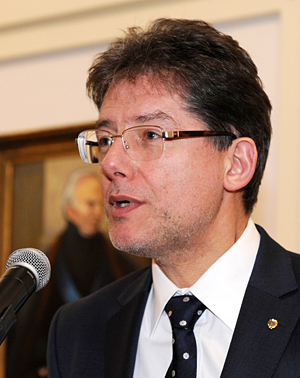 Prof. Romuald Zabielski
Vice-President of the Polish Academy of Sciences